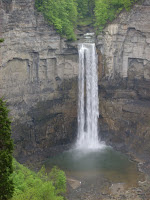 photo by Jessie McClain
Welcome to the Brave New World. One has to be brave to read and digest this patent application # 20080124430 called "Human Milk Compositions and Methods of Making and Using Same." This is a patent application on the invention of a human milk fortifier and standardized human milk (whatever that means--read the patent application).
http://www.uspto.gov/patft/
Invented by Elena Medo et al and various employees of Prolacta Bioscience. So the question is what are they claiming to own?? There seems to be some slippery slope language in this application. What is standardized human milk? Is this a claim to ownership of a "standardized" human milk from donors? And aren't we charting new territory with this patent? Should we be outraged over this? It was inevitable but there are some ethical questions regarding the patenting of a "standardardized human milk." It would seem to me that the language used in this patent application is careful but still creates some ethical dilemnas. How will my profession respond to this patent application? I would think that it should at the very least bring up some needed debate/discussion but I am not holding my breath on that. Who really cares? So what if a few people of a corporation own a pending patent claiming ownership to a standardized human milk? What does it matter that there are over 2000 human milk component patents? Stem cells in human milk? We just discovered (cough-cough) stem cells in human milk. Of course, we won't tell people that old text books on human milk state that there are stem cells in human milk. Picture a mother donating her milk to save a preterm infant or sick adult. Does she realize that her milk is an invention created by an industry? Her milk is the raw ingredient. A corporation will standardize it and sell it. Sounds like the dairy industry to me. Enslavement in the 21st century under the auspices of doing good. Human milk is not an invention, nor any version/variation that some group of people dream up!!!!!!!!!!!!!! Breastfeeding is the value. Human milk is valuable but it should not be a commodity nor is it an invention. Brave New World, I never thought I'd live to see this day.
Copyright 2008 Valerie W. McClain
Posted by Valerie W. McClain at 4:47 AM No comments:

patents regarding neonatal jaundice and breastfeeding 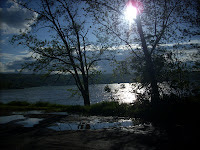 photo by Jessie McClain
Filed in 2001 is patent # 6627213 called, "Inhibition of neonatal hyperbilirubinemia in breast fed infants." The inventors of this patent Glenn R. Gourley and Bill L Kreamer have written studies in Pediatrics on the use of various substances to lower bilirubin in breastfed infants. The patent is assigned to the Wisconsin Alumni Research Foundation but the patent specifically mentions Nutramigen (Mead Johnson) as a particular formula of interest for this patent. The US Government has interests in this patent (so they get to make money off it too) Both Gourley and Kreamer received funding for their research through Mead Johnson. The L-aspartic acid they suggest will lower bilirubin is in all probability genetically engineered. This invention will of course have ramifications for mothers who plan to "exclusively" breastfeed their newborns. Rather fascinating how the infant formula industry can target breastfeeding for remedies...yes, yes...remember the golden role of choice in infant feeding: breastfeeding always is questionable and therefore the default of choice is infant formula or some kind of intervention so that breastfeeding can be fixed. Of course, industry just knows that fixing breastfeeding is the basis of infant formula sales. The world calls it choice....
Posted by Valerie W. McClain at 2:38 PM No comments:

Email ThisBlogThis!Share to TwitterShare to FacebookShare to Pinterest
Labels: jaundice and breastfeeding

The illusion of "choice" 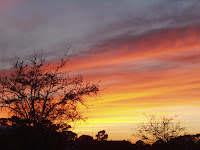 photo by Jessie McClain
As women, we have been liberated from our biology. Infant feeding is declared a choice. Breast or bottle?? Spin the bottle and the bottle lands on breast. So mom "tries" breast. She survives THE BIRTH (and nowadays that is a miracle--another stomping ground of "choice") and has a try at this thing called breastfeeding. She has difficulties...sore nipples, engorgement, feelings of being overwhelmed but she thinks she has it all under control. Oops, she goes to the two week pediatric check and finds that her baby has not gained enough weight. Sorry, the medical staff say you must supplement with the "BOTTLE." So where did choice go? Mother chooses breast, the medical staff declare it ain't working. So choice defaults to BOTTLE. Breastfeeding mothers find that choice always defaults to bottle...no matter what. Does bottle ever default to breast? Sorry mother, bottlefeeding isn't working for you, you will have to breastfeed your baby? Your baby hasn't gained sufficient weight on the bottle, so you must go to breast. Your baby has gotten diarrhea for the second time on that formula, so you must go to breast. Any mother ever ever heard those words out of a medical professional. No because the medical rule is that "Breast always defaults to bottle never bottle to breast." Yet as a lactation consultant I know that women can and do relactate. (relactated myself and know it is possible)So it isn't something that is biologically impossible. It is just a mental leap that cannot be circumvented in the medical community. So exactly how is choice in infant feeding an equivalent choice? Isn't this a token choice to make women feel like they can be freed from their biology?
The offer of choice dissolves when a mother tests positive for hiv. Fascinating in that a number of infant formula companies, pharmaceutical companies, medical institutions, and the US Department of Health own patents on various human milk components to inactivate or treat hiv/aids. A hiv positive mother goes against medical protocol in the USA, if she breastfeeds. While our multi-national corporations, medical institutions, and the US government have "faith" as documented by their patenting in human milk components, a hiv-positive mother loses her faith in breastfeeding. Choice, what is that when you test positive for hiv? Doesn't exist....an illusion.
Breastfeeding is often terminated when a mother is ill or when the infant is ill. And often it is not the choice of the mother but the choice of the mother's health care provider. Why? What evidence do they use? How are pediatricians trained? What sales people visit their offices, take them on cruises, leave their gifts? Yes, we all know, the formula representative like the pharmaceutical rep spends alot of time at medical offices and institutions providing their "free" gifts. How was the pediatrician trained? Did he or she know that the professor that taught them infant nutrition moonlights at Nestle or Wyeth? Probably not, young students think the world of their professors, source of all knowledge, giver of A's and B's. While they are paying the institution to be "educated," often that institution is funded by the corporate world. Capitalism at its finest moment. Education becomes the corporate reality without the student ever being aware of where their "knowledge" comes from and at what cost to a society, to the world. The view of infant nutrition is the Nestle/Wyeth/Mead Johnson/Abbott/PBM-WalMart illusion. Let the babies eat almost organic, almost real baby milk...recombinant/cloned human milk components. Preserved in plastic, grown in plastic...fungi and algae from god-knows where??? Out of the depths of the vent holes from hell...the very best....the very best. Spin the bottle and it lands on disease and disaster and lots of money...the mother of all jack pots. Thank the multi-national corporations for giving us a choice and liberating us from our bodies, our health, and our money.
Copyright 2008 Valerie W. McClain
Posted by Valerie W. McClain at 5:24 AM 1 comment: