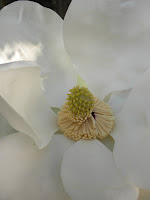 After reading, "Liquid Gold: The Booming Market for Human Breast Milk," by Judy Dutton; I felt the need to give the article a review.
http://www.wired.com/magazine/2011/05/ff_milk/all/1

This article leads the reader to believe that there is a booming market, a new "niche industry," of breastmilk. The author interviews a mom who sells her milk on a website called, Only the Breast. The website has bottles placed strategically about the website. The picture on the header is of a baby with a bottle in its mouth-no mother in sight. So a baby that self-feeds. My God, they are better at marketing than the infant formula industry. This particular milk sharing industry doesn't have to follow the WHO Code cause they are buying and selling breastmilk not infant formula. (although I believe that the WHO Code applies to them because it is another alternative to breastfeeding and the intention of the WHO Code was to support breastfeeding not breastmilk in a bottle) The author does mention other internet breastmilk sharing organizations: Human Milk 4 Human Babies and Eats on Feets. Yet we aren't given statistics regarding these internet milk sharing organizations. How many moms are actually sharing breastmilk through these sites? How many queries in a day?

Part way through the article that extolls the "magic" of breastmilk. The author interviews, a J. Bruce German, a professor of food chemistry at UC Davis. Funny, I recognized that name. Patents! Yes, J. Bruce German is one of several inventors to two patent applications on human milk components. The recent patent application is called, "Prebiotic oligosaccharides," #20100254949 and the Regents of UC Davis own the patent. The other patent application is called, "Nutritional Products Having Improved Quality and Methods and Systems regarding same," #20080260923. This one is owned by Nestec (Nestle). Both patent applications are for use in the food industry and of course, the infant formula industry. I read J. Bruce German's CV for an International confernce on saturated fat. The CV was written in 2009 and states,"Bruce German received his PhD from Cornell University, joined the faculty at the University of California, Davis in 1988, in 1997 was named the first John E. Kinsella Endowed Chair in Food, Nutrition and Health is currently professor, at University of California, Davis serves as senior scientific advisor at the Nestle Research Center in Lausanne Switzerland and head of the Scientific Board of Lipomics Technologies Inc in California."
http://www.sfc2009.com/uk/speakers/bruce-german

I don't have a problem with people working several jobs at one time (done that myself for most of my life). But I find it disturbing that a professor in the area of nutrition at a prestigious university, is also on the payroll of Nestle as well as Lipomics. How do students filter out fact from industry view points? Are students even aware that their professor moonlights for the food industry? This particular article doesn't mention his other jobs. The reader of the article, "Liquid Gold," presumes that this expert is a professor of a well-respected higher educational institution. And for those of us who promote breastfeeding, it should be worth noting that once again we have someone who does research on human milk but is also part of the infant formula industry.

After the brief paragraph on J. Bruce German, the author of this article writes, "While the scientific understanding of human milk is still evolving, the American Academy of Pediatrics (AAP) recommendation is straightforward: Mothers should feed their babies nothing but breast milk for the first six months..." Say What? Small lexicon change. What the AAP states is their support of exclusive breastfeeding for approximately the first six months. So this article would have people believing that breast milk feeding is equivalent to breastfeeding, that we can change the text of a document (slightly) and it means the same thing.

Then the article interviews Kim Updegrove, the executive director of an Austin Milk Bank. And the article states that she warns that sharing breast milk is an incredibly risky practice. Then a Stanford University study is mentioned that supposedly showed that of the 1,091 women who applied to donate milk at the San Jose milk bank, 3.3 percent were rejected after their blood tested positive for 5 infections (hiv, hepatitis b and C, human T-cell lymphotropic virus). I read that study and first off the researchers were not independent of the outcome (two were directly involved in HMBANA). So in my view, they had a bias--even the direction of the research showed a bias. Blood is tested with antibody tests which are notorious for their false positives. I believe that the milk bank would not retest to make sure the test was a true positive. They had an extremely high amount of mothers testing positive for human T-cell lymphotropic virus, which is a very, very rare disease in the USA. I think the study was basically worthless. We need researchers to look at this who are independent of the outcome, who are not part of a milk bank. Rather odd to me that the HMBANA milk banks want to prove that milk sharing is dangerous. Of course, their milk sharing/banking isn't dangerous because they do it safely. Reminds me of the infant formula industry's start. Tell mothers they can't make their own formula at home because only industry can make formula safely. Thus the industry is born because of the imagery drawn that mothers are too incompetent to safely make their babies formula. Only industry can safely make infant formula. Of course, the problem with industry when infant formula is contaminated is that instead of one dead or maimed baby, you can have many dead or maimed. No, I am not supportive of people making their own infant formula. I am supportive of breastfeeding. I think we have to look closely at what milk banks (not-for-profit and for profit) are saying. What evidence do they have that milk sharing is not safe because a institution is not involved in the process?

But why is the media promoting breastmilk over breastfeeding? Who is paying for the PR? The article appears at first glance to be a balanced picture of the supposed booming market for breast milk. Yet their are subliminal messages in the article as well as misinformation (AAP statement). No breastfeeding seen. Pictures of a mother who sells her breastmilk, bottlefeeding her baby. Pictures of bottles of human milk taken from an angle that makes one believe the bottles symbolize breasts. Who paid for this article? Why did the author pick J. Bruce German to interview?

Email ThisBlogThis!Share to TwitterShare to FacebookShare to Pinterest
Labels: Breastmilkfeeding or breastfeeding? 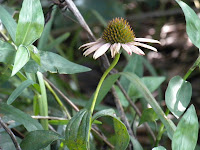 "After five months of feeding my son nothing but breastmilk, the time has come to wean him off completely." from epinions.com--a review of Enfamil Lipil With Iron.

Huh? I love deadlines don't you? As we birth our babies, out pops the warranty that says breastmilk is only guaranteed for 5 months. Or I guess in some cases one day, 2 weeks, or maybe 6 months. Ours is not to reason why someone decides that there is a time table on breastfeeding. In fact our society does have a time table. It's why mothers often hide the fact that they nursed far longer than the freakin time table. My mother-in-law used to ask me every week whether I had weaned my first born yet. She asked for over 2 years and then came pregnancy number 2. She quit asking, assuming that I had weaned because who would possibly nurse beyond 2 years? My god, the kid should be out applying for pre-school, not getting milkies from mommy. Yeah, I am one of those mothers, who nursed her babies "forever." So its beyond my comprehension that someone puts a time table on breastfeeding. But a lot of mothers are into the numbers. Like how many minutes should one breastfeed? How many times in a day should one breastfeed? How many times do I have to nurse in the middle of the night? How many ounces should I be able to pump? Numbers, numbers....factory mothering, whistle blows time to nurse, stop, times up. Baby can't be hungry again. I wonder if people have sex like that--timed?? Do we look at our watches when we have conversations with friends? Times up, friendship is over. Hey you have been on this earth for 5 months, get with the program, time for your novel experience of our novel infant formula. Yikes, I want to cry, poor baby, poor mother who has numbers stamped into her head.

The mother on epinions did a review of Enfamil and Similac, a comparison. She writes, "not all formulas are created equal." and "free samples are great." Her review was the only place I could find a list of Enfamil ingredients (no ingredient list at Mead Johnson website). Written in 2006, she states that it does cost alot of money to buy Enfamil ($5.07) a day. Obviously, it is far more costly to buy now than 5 years ago. She writes that "both Enfamil Lipil and Similac Advance will make your child's poop smell like something that crawled into the attic and died about three days ago." And mentions that "breastmilk poop has almost no smell besides a slightly sweet, irony scent."

So they are doing well, my friends, doing well. I ran across one of Mead Johnson's infant formula patents filed in 2003 (published in 2011) called, "Compositions and methods of formulations for enteral formulas containing sialic acid," patent # 7867541. What's sialic acid? The patent tells us, "Sialic acid is naturally occurring component of human breast milk, where it is found associated with various oligosaccharides and glycoproteins." and "While human breast milk contains substantial amounts of sialic acid , most infant formulas contain less than 25% of the sialic acid found in colostrum." What is the importance of sialic acid? "Evidence suggests that N-acetyneuraminic acid (NANA or sialic acid) is important in the development and function of the neonatal brain where it is a major component of gangliosides." So because it is a component in human milk, it must be placed in baby milks. The patent will obtain sialic acid-containing protein from either Davisco, New Zealand Milk, or Formost Farms. Presto-change-o, we now have another novel infant formula. Another novel formula because the industry is imitating human milk and creating components (many of which are genetically engineered).

The legal definition of infant formula under 21 U.S.C. 321(z) is, " a food that purports to be or is represented for special dietary use solely as a food for infants by reason of its simulation of human milk or its suitability as a complete or partial substitute for human milk."
from the Food Advisory Committee Meeting on Infant Formula
http://www.fda.gov/OHRMS/DOCKETS/ac/02/briefing/3852b1_01.htm