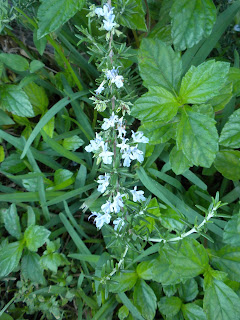 If you are interested in discussing the patenting of human milk components, I am starting a discussion group.  Please contact me, vewickstead@yahoo.com 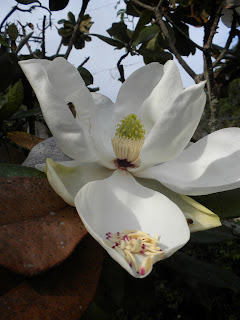 I have received a variety of communications regarding Nestle and its financial interest in a plant called Nigella sativa (Black Cumin, Black Seed).  In fact most of the communications are about signing a petition to, "Tell Nestle to stop trying to patent a natural cure."  So I decided to look up their patent application and get an idea of what was going on.  Nestec S.A. (Nestle) has a US patent application called, "Opioid receptors stimulating compounds (Thymoquinone, Nigella Sativa) and food allergy," #20120142580 which was filed in 2010.  The abstract states, "It was found that the stimulation of opioid receptors could be used to treat or prevent food allergy." and "One of the plants containing thymoquinone is Nigella sativa (Black Cumin, Black Seed).  It has been used for centuries as a spice and medicinal plant in Southern Europe, Northern Africa, Asia Minor, and India."  They detail various methods to extract thymoquinone, although Nigella sativa is one of several plants they might use.  They mention the possibility of using Eupatorium ayapana ( white snakeroot, Philippines), Satureja montana (winter savory), or Thymus.  It kind of reminded me of the human milk component patents in which Nestle might use human, bovine, or buffalo milks.  We don't know and they aren't going to tell us.  For those interested in signing the petition,
http://action.sumofus.org/a/nestle-nigella-sativa/6/2/?akid=1576.861564.bnIsWh&rd=1&sub=fwd&t=3

I find myself somewhat baffled about this petition.  At least 3 or 4 different people or organizations sent me the information on this petition.  So I scratch my head and wonder why no one is interested in the patents (not just applications) that Nestle owns on human milk components.  We are upset about their declarations of methods to extract a component from a plant (actually plants and we know not which plants) but we aren't upset over their declarations of methods to extract a component from human milk.  Human milk has also been used for centuries to cure various ills:  eye infections, wound healing, etc.  It is human survival against the pathogens in our environment.  It is a child's true genetic inheritance. Breastfeeding is the heirloom of heirlooms.  It is a richness we should not abandon to commercialism.

Let us look at patent #7524815 entitled, "Osteoprotegerin in milk," owned by Nestec (Nestle).  The source of osteoprotegerin is from milk:  human, cow, and maybe buffalo.  And then maybe it will be genetically engineered.  Like the above patent we will not know what they use.  Osteoprotegerin will be used to prevent or treat "disorders associated with bone metabolism and immune function."  Surprisingly or not so surprisingly, the patent discusses very little about cow or buffalo milks.  Its all about human milk.

"In the studies leading to the present invention, it has now surprisingly been found that in addition to its presence in e.g. bone tissues, osteoprotegerin may also be found in human breast milk."  One of the advantages of human breast milk is its stability and its resistance to degradation in the gut.  It will be used in foods (infants and particularly preterm infants) and treatments or prophylaxis of bone remodeling. 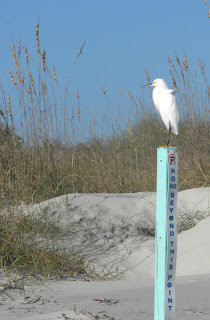 This blog post is dedicated to Baby Rico Nagel Martinez and all the babies and children who have been forced to take medications/vaccinations against parental consent.  In many of these cases the infants and children have been removed from the custody of their parents or relatives because of their families' belief that the drugs or vaccinations were dangerous to the health of their children.  In some cases the children were in foster care with no voice or say in their medical care.

For an update on the hearing and interviews regarding Baby Nagel Martinez.
http://www.howpositiveareyou.com/2013/04/03/hpay061-defendingbabyrico/

According to the fine print on this study, "Informed consent was obtained from the parents and guardians of the children in this study."  Before I started reading the study, I found myself wondering what parent would allow their newborns/infants to be vaccinated with an experimental vaccine made with a recombinant (genetically engineered) protein?  (of course a parent wouldn't know what vaccine they were getting because it would be blinded and one group of infants would be getting a placebo) This study was published in 2001 but the actual clinical trial appears to have been started in 1999.  As far as I know, they have yet to come up with a safe and reliable vaccine for hiv and this is 14 years later.  So obviously this clinical trial was not successful in creating a usable vaccine.  The paper makes this statement, "The vaccine used in this study failed to induce neutralizing antibody to primary HIV isolates in sero-negative adults, a characteristic likely to be critical to protective immunity.  However our data demonstrating the capability of newborns to respond to an envelope subunit vaccine should encourage evaluation of other candidate vaccines that may be efficacious in reducing HIV-1 transmission due to peripartum exposure and to breast feeding in developing nations."

According to ClinicalTrials.gov the purpose of this particular study was, "Primary:  To determine the safety of envelope recombinant proteins rgp120/HIV-1MN (Genentech) and rgp120/HIV-1SF2 (Chiron/Biocine) in infants who are of indeterminate HIV status born to HIV-infected women.  To evaluate changes in viral load in infants proven to be infected and absolute CD4 counts in all immunized infants.  Secondary:  To evaluate the immunogenicity of these envelope recombinant proteins in infants of indeterminate HIV status born to HIV-infected women.  Only 30-50 percent of HIV-infected infants have detectable virus at birth.  Successful early sensitization to HIV envelope epitopes may help prevent infection or , alternatively, may enhance HIV-specific immune function to alter HVI replication and disease progession."

The study chairs for this investigation were William Borkowsky of New York and Diane Ware of California.  One of the locations for this study was Incarnation Children's Center in New York.  I remembered reading about the Incarnation Children's Center.  I had to search the web and sure enough there was an expose done on this children's center entitled, "Orphans on Trial," by Liam Scheff.  He wrote in 2004 about how the National Institutes of Health (NIH) had conducted pediatric clinical trials on infants, toddlers and children.  They were forced to ingest the toxic drugs used to treat hiv/aids.  They used  g-tubes when children refused to take their meds.  Most of the children were foster children or wards of the state.  Many suffered the side effects of the drugs and some died.  How many?  Not sure they know.


Some of these children (infants) from Incarnation Children's Center were given a recombinant hiv vaccine.  The research paper states 87 patients were randomized to receive vaccine or placebo.  ClinicalTrials.gov says they enrolled 156 newborns.  How many of these newborns were in foster care?  All the infants had to be on the hiv/aids meds, although on different dosages.  One of the challenges of the study was the presence of maternal antibody in determining a vaccine-induced antibody response.  The study states, "The traditional definition of a vaccine-induced antibody response as a 4-fold increase in titer from the baseline could not be used (because of maternal antibodies)."   The continued conundrum of maternal antibodies that circulate in newborns.  The infant infected or protected???

Let's take a look at the ethics involved in giving an experimental genetically engineered hiv vaccine to newborns who are in foster care.  The relinquishing of parental rights places newborns/children into the hands of the State.  What is the duty of the State regarding these children, particular if those children were born of "supposedly" hiv positive mothers?  Who speaks for the interests of the newborn, the child?  Particularly when the State has an interest in experimental drug and vaccine trials.  Is it in the best interest of any child to be part of a medical experiment in which the State has a vested interest in the outcome?  How is it that some of these researchers who represent the NIH, are part of an enforcement policy of hiv/aids meds on newborns and children (despite their comments that they believe enforcement is not beneficial in the long run)?  The Incarnation Children's Center situation was swept under the carpet.  And the State machine moves on without hesitation because no one is allowed to question hiv/aids.  And god forbid that you question any of it and work in the medical field...goodbye job.  And that is how you get situations like Baby Rico.  Is kidnapping too broad a term from what has happened to Baby Rico or to all the other children who have suffered through forced medication?  And where oh where is medical ethics, when we vaccinate newborns with genetically engineered hiv?  It seems that declaring a parent unfit because of refusal to medicate or vaccinate their children, makes it very easy for the State to use their children as guinea pigs.  Who speaks for these children?  What is wrong with researchers who are so blinded by their research that they cannot see the suffering they are imposing on children?
Copyright 2013 Valerie W. McClain
Posted by Valerie W. McClain at 12:16 PM No comments: