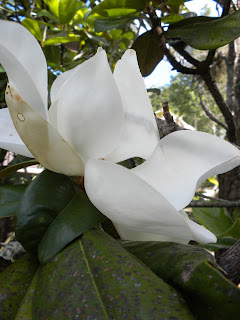 Breastfeeding?  Where be thee?  In the yard sale of life, there lies the breastpump, a machine of plastic pieces with its never-ending assortment of bottles and nipples.  The Destiny of all Things is that they end up discarded in the landfill of forgotten desires.

The choice to breastfeed has become tied to technology, human dairy technology.  Women believe that to breastfeed, one must have a pump.  Savior?  Or the monkey on our backs, destroying what it seeks to preserve?

Why do we accept that a for profit company that collects human milk is a service industry?  Why are women donating their milk to an industry whose sole imperative is to make a profit?  Is it acceptable to standardize human milk?  Is not the very essence of breastmilk the fact that it varies?  What have we told mothers for years?  Breastmilk varies from month to month, day to day, hour to hour.  It is species specific but not just species specific but specifically made for the mother's baby.  What is the evidence that pooled, pasteurized donor milk from a variety of mothers with the fat content removed and then added back in some standardized fashion is what premie babies need? (Most fortification studies were funded by the infant formula industry--which has a stake in selling fortification products for babies)

Will having human milk products in the NICU, encourage breastfeeding?  Or have we so idealized human milk, as a product, that we will believe it unnecessary for mothers to actually try and breastfeed their babies?  Will we perpetuate the continued belief that some women can't or won't breastfeed?  What are the reasons why women can't or won't breastfeed?  What good is pump technology, if women learn to distrust their ability to put their babies to the breast?   What evidence do we have that manipulating human milk to some standard created by an industry is in the long run beneficial to infants and mothers?  The manipulation of cow's milk in the dairy industry to create a safer infant formula has not created healthier infants.  Should we believe that somehow our human milk dairy industry will create a healthier human milk formula?
Copyright 2013 Valerie W. McClain