the smell of things to come, creating a better infant formula 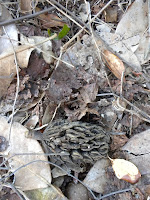 The sizzling aroma of bacon frying in the great outdoors assaults my nostrils. Despite being a vegetarian for many adult years I feel hungry, my stomach rumbles and grumbles. Give me bacon. Yet at the same time I feel great sorrow for the animal that has been sacrificed. My body betrays my philosophical views about life and living on this planet. No, I don't eat the bacon. Yet, I feel repulsed by how easily the odor penetrates belief. Why aren't I repulsed by the smell of cooking flesh? Does the odor remind me of my childhood; the good memories of our family camping? We remember our past by odors. Sometimes a certain smell reminds me of a memory long forgotten. There is often pleasure in that memory, sometimes saddness, sometimes wistfullness for those now gone. Lately, the odors of perfumes in a crowded mall or at my job, bother me, choke me with their strange scents. I feel assaulted by their foreign presence. It isn't a pleasurable smell but a smell that repells me; that makes me want to run to the ocean to breath in the sea and the air.
So it is with great curiosity that I recently found a patent application called, "INFANT FORMULA CONTAINING AN AROMA COMPOSITION FOR USE AS FRAGRANCE." (patent application #20100129312 at the US Patent & Trademark Office) The inventor is Andrea Buttner (German scientist at Fraunhofer Gesellschaft working in sensory analytics). Her name is also spelled Buettner. Fraunhofer Gesellschaft is a applied research company in Germany that is funded mostly by industry and about 1/3 of funding comes from the German government.
The patent application is of interest to me because it states, "babies prefer the odor attributes of human milk compared to those of artificial infant formula or milk products based on milk compositions of animal origin..." The intent of using this aroma is to "improve baby or newborns acceptance of a nutraceutical composition, especially infant formula." It will be used in such products as pacifiers, pillows, toys, breast comfort aids, clothing, incubators, medical equipment, cream, ointment, etc. Wow. So researchers study the odor of human milk, a complex job because the odor is not the same from one feed to the next. The odor dependent on the mother and the food she eats and her chemical contact. So I am fascinated by industry...we will recreate the odor that babies prefer and use it to entice the next generation to accept man-made products.
If that isn't curious enough, this particular researcher was part of a couple of researchers who studied the changes of aroma on stored human milk. From an article in Gas Chromatography in Jan 4, 2010 on their research on the aroma of stored human milk, "The pressures of modern living can limit the opportunities for mothers to breastfeed their babies, directly, but there is always the option of expressing milk for storage and consumption at a later date." The study showed that the odor of stored human milk was very different from the odor of fresh human milk. ("fresh milk to be low in overall odour intensity," "thawed stored milk was strikingly different...dominated by metallic and fishy odours") The study showed that while mothers found the stored human milk distasteful, babies did not seem to be bothered and drank the stored human milk. It would appear that this study was beneficial to breastfeeding and a greater understanding of storage issues of human milk. Since one of the scientists involved in that study is the inventor to this patent application on using a fragrance in infant formula, I start to wonder about the real intent of studying human milk. And then I wonder about the women who donated their milk for this study, that will in all liklihood benefit the infant formula industry. And then I wonder about breastfeeding advocacy organizations and how blinded they seem from the reality of human milk research. Who benefits from human milk research? And do mothers who donate their human milk understand that the research benefits the infant formula industry?
Copyright 2010 Valerie W. McClain
Posted by Valerie W. McClain at 6:51 AM No comments: