The Birth of the Milky Way Empire 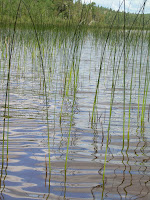 "A long time ago in a galaxy far far away....Mary Alactivst was one of the last of her kind. She was breastfed by her mother, an oddity for sure because the Empire considered breastfeeding revolting, disgusting, on the level of the Primitives. Mary's mother kept to herself, never nursing in public because she did not want to attract the attention of the Elites. The Elites were the movers and shakers of society. They governed the Empire. They owned the lands, the money system, and approved or disapproved who was allowed to be schooled in the Ways of the Empire. Survival was difficult if not impossible without their approval. There were those who lived on the fringes of society who risked their lives to be one of the Free. Mary's mother was one of the Free."
Freedom. Yesterday, an anole, a common lizard in Florida, hitched a ride on the hood of my truck. I didn't see him until I was moving down the rode. He hunkered down and clung to the hood. I was in heavy traffic, no place to stop. I said to him, "Hang on Buddy, I'll stop as soon as I can." He seemed to hear me and clung on despite the difficulty. I found a park and stopped by a tree. I jumped out of the truck and gave him a nudge to jump off my truck. He jumped. He jumped on me, which I really didn't expect. I jumped and he jumped off me and ran under my truck. I got back in my truck and very carefully pulled away not wanting to run over the guy I just saved. As I drove away, Mr. Crow flew down, and the chase was on. "Run Buddy, run!" Mr. Crow won. I saved Buddy so that Mr Crow could eat. Destiny.
Well what does that have to do with our saga about genetically engineering human milk components in plants? It's all about human Destiny. Now for a dose of the reality of our Biotech World. I'd like to introduce to you a company called Ventria Bioscience. This is the company that has sowed fields of rice with the genes for human milk components: lysozyme and lactoferrin. These components will be extracted from the rice plants (or barley or wheat-patent suggests a variety of plants but for now they are using rice) to be used in oral rehydration solutions and infant formulas. Ventria Bioscience was founded by Raymond Rodriguez in 1993. Professor Rodriguez is a professor at UC Davis and also Chairman and CEO of the Davis Bioscience Group. The current President and CEO of Ventria is Scott E. Deeter. Ventria planted their experimental fields in California first but were chased out by various concerns. They then had plans to plant their pharmaceutical crop in Missouri But Anheuser-Busch and Riceland Foods were concerned about contamination from this unusal crop with their supplies of rice. They ended up with their experimental fields in North Carolina and Kansas. Currently, both their lysozyme and lactoferrin ingredients are going through the FDA GRAS process (GRAS notices 191 and 235). GRAS for both these items is "pending." I found the GRAS letters written by this company to the FDA highly enlightening.
The use of evidence (scientific research) for its GRAS status is referenced by the DARLING Study. The DARLING Study is well-known among IBCLCs. Fascinating that the safety of genetically engineered human milk components is based partly on studies on human milk. Of course the FDA belief that gentically engineered organisms are equivalent to the real thing has alot to do with using this as evidence of safety. "The protective effects of breast feeding against infection, in a relatively affluent population, first year of life incidence of diarrheal illness in breast fed infants half that of formula. Dewey et al 1995") Evidence-based medicine. Sort of ironic that the safety of genetically engineering human milk components is based on the safety of breastfeeding. The safety that mothers aren't aware of because no one discusses risks of infant formula. Stay tuned for more on Recombinant Times....
Copyright 2010 Valerie W. McClain
Posted by Valerie W. McClain at 5:38 AM No comments:

Rummage Sale: the connect between milk banks and the infant formula industry 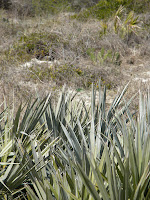 The community of breastfeeding advocates accepts that non-profit milk banks gift/or sell their donor milk to projects that involve the infant formula industry. Is this correct? Is it acceptance or they just don't know or just don't care? I can't stop thinking about the relationship of a HMBANA milk bank-San Jose, CA and the UC Davis Milk Bioactives Consortium. So who cares? There is a bleakness and vast empty ethical space that seems to envelope a profession that is supposedly dedicated to helping mothers breastfeed. So the other angle is to help the infant formula industry/academia/US Government make a better infant formula? I now understand why the WHO Code is considered irrelevant in the USA. One can understand the recent research papers funded by milk banks that try to prove that milk sharing between mothers is risky. Or that using donor milk does not impact rates of breastfeeding among preterm mothers. Both papers written with major flaws but useful in building consensus among non-reading professionals. The goal is to monopolize the use of human milk, to make it illegal for moms to share milk. Patent related? You bet. The latest HMBANA Conference had researchers featured that own patents and patent applications on human milk components. This is not unusual--every HMBANA Conference seems to feature at least one researcher who has a patent or patent application on a human milk component. Are attendees to these Conferences informed of this? And do they even care? I guess all that matters is Business and this is the pervasive theme in the USA. To hell with ethics. What women don't know is their own fault. The recent Haiti fiasco to drum up donations for milk banks is a curiosity. So like the infant formula industry and its social marketing games.
The silence rains down and the Business of Breastfeeding grinds-on; building Empires for the makers of a "SAFER" infant formula, just like mom's milk.
Copyright 2010 Valerie W. McClain
Posted by Valerie W. McClain at 4:45 AM No comments: 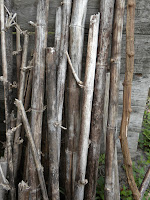 Our heroine, Mary Alactivst, stood in a field of rice owned by a national biotech company. Rice, who would have thought we were related. She stared closely at the field. They have my genes, my genetic blueprint for making milk for my babies. Mary quietly sang a lullaby. These are her babies, her rice babies. Singing to them will help them grow. Grow and feed the starving and sick babies around the world, because women can no longer breastfeed. They have forgotten how. But now we will save the planet. Mothers around the world will be so grateful. And so begins the sad saga of the Milky Way Empire and the Second Invasion of the Clones.
Yes, just a parody on a science fiction movie. But the reality of biotechnology is that we are mixing human genes with animals and plants. How is this happening? Why do I believe that this inventing will ultimately destroy breastfeeding? Stay Tuned. First, let's look at a 2008 Annual Report from the California Dairy Research Foundation (CDRF which discusses the UC Davis Milk Bioactives Consortium. The document states that, "the Consortium is a public-private partnership with over $12M in funding...aimed at discovering compounds in bovine and human milk with proven nutritional benefits for human health." Funding was derived from several commodity groups, governmental agencies, and multinational companies with initial funding from the CDRF and UC Davis Discovery Program. Under 2004-2005 the Milk Bioactives Consortium states,"Relationships with the Milk Bank of San Jose, CA and Reno, NV established to provide supply of human milk for analysis."
nefits for human health."
Does this document mean the HMBANA milk bank at San Jose? Or are there other milk banks in San Jose? In 2007 they raise over $2.7 million from various agencies plus first industrial partnership with DSM Food Ingredients (DSM-Dutch State Mines, provides ARA for Martek oils). In 2008 the NIH provides a $3million award to study the effect of milk oligosaccharides and probiotics to decrease NEC in premature babies. Same year Nestle gives a multi-year donation to the Consortium. Page 7 of the document states, "ProLacta Biosciences and the Milk Bioactives program partner to secure supplies of human milk to mine for future bioactive components."
http://www.cdrf.org/doc/Research/CDRF2009Annual.pdf

I call this a fusion of interests in human milk components: industry, US Government, and academia-particularly UC Davis. And this fusion of interest seems to be mining human milk that is provided by milk banks--one milk bank being commercial. Do women who donate fully understand that their donations are part of a huge multi-million project to mine human milk components for use in commercial projects? What is the relationship between this huge project and other endeavors at UC Davis, such as the JHL, or Ventria Bioscience and its gmo rice containing the human genes lysozyme and lactoferrin? Science fiction? This is freaking scary. I was kicked off Lactnet in and around 2004-2005, coincidence? Discussions of human milk component patenting silenced, coincidence? Interesting........
Copyright 2010 Valerie W. McClain
Posted by Valerie W. McClain at 6:13 AM No comments: