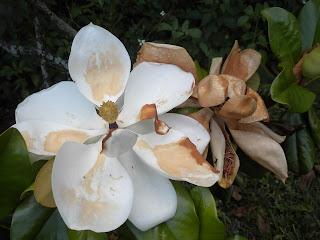 "As long as the people don't fear the truth, there is hope.  For once they fear it, the one who tells it doesn't stand a chance.  And today, truth is still beautiful but so frightening."  --Alice Walker, poet and author

How should one feel, when someone on Facebook describes your writing as "fake news?"  After 2 decades of writing about human milk patents, it is rather insulting to have that Trumpian slogan thrown my way.  I find the anger boiling up inside, and then I find the humor in it.  What does one expect in this world in which people cannot speak the truth?  Where up is down, and down is up? Where truth is fiction and fiction is truth?  A confirmation hearing of a supreme court justice becomes a sad revelation of what white men in power think about women.  Where a President can encourage a Custom and Border Protection Commissioner to break the law with an offer of a presidential pardon.  Where one can name a genetically engineered substance a Human Milk Oligosaccharide and call its addition an improved infant formula.

Facebook is supposedly on the hunt to root out "fake news" by kicking those who distribute fake news off their social media platform.  But who defines fake news?  Is this a newest Facebook mea culpa to allowing Cambridge Analytica access to Facebook data?

I cracked up laughing when lists of newspapers and media outlets that are not fake news made the rounds of Facebook.  The person or organization that determines who and who is not fake news is never questioned for bias or suspect motivation.  Fox News calls CNN fake news and CNN calls Fox fake news. Fake news determination has become which political side of the fence the accuser stands.  News, knowledge should always be questioned.

How many people whose political, medical, or scientific viewpoints are different from the consensus of the mob will be denied access to social media platforms?  Does truth reside on one side or the "other?"  We seem to be living in a time where lies surround us, sheltering us from reality.  And do we really want to see the reality?  Should we presume that one newspaper, one corporation or dozens of corporations, one political party, one elected official, or dozens own the truth of a given situation?

For example, what is the truth regarding the following situation?

Lars Bode is the Director of the Larsson-Rosenquist Foundation Mother-Milk-Infant Center of Research Excellence (MoMI Core) and is also been appointed as the Larsson-Rosenquist Foundation Chair of Collaborative Human Milk Research at University of California (UC)-San Diego.   UC-San Diego received $10.5 million from the Larsson-Rosenquist Foundation for seed funding of the Mother-Milk Infant Center of Research and for the Chair of Collaborative Human Milk Research.  Some of this funding was also used to establish the Mother's Milk Bank of San Diego. The co-founders of this milk bank have had financial relationships with Medela. This milk bank has also partnered with the Mother's Milk Bank of Austin, a HMBANA milk bank and the Mother's Milk Bank of San Jose.

Lars Bode is also a listed inventor to a number of patents regarding Human Milk Oligosaccharides.  One US patent # 9675649 is entitled, "Disialyllacto-N-tetraose or variants, isomers, analogs and derivatives thereof to prevent or inhibit bowel disease."  Disialyllacto-N-tetraose (DSLNT) is a Human Milk Oligosaccharide.  He is the only inventor named on the patent which is owned by the Regents of the University of California.  There is also a World patent application 2012106665 with the identical title, inventor and owner.

"In another embodiment, the formulation of the invention is used to supplement or fortify the mother's own milk or human donor milk (human milk fortifier) with DSLNT and/or its derivatives, isomers, analogs.  Commercial pasteurized human donor milk may be obtained from Prolacta Bioscience (Monrovia, Calif.) under the name Prolact+ H.sup.2MF such as Prolact+4.RTM., Prolact+6.RTM., Prolact+8.RTM., and Prolact+10.RTM..."

The patent states that this particular HMO could be added to water or juices.  It was filed in 2012. 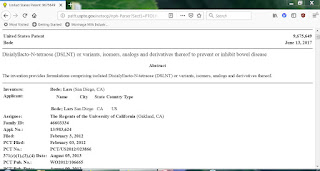 Meanwhile on the East Coast of the USA, Glycosyn was co-founded by David S. Newburg.  Glycosyn will be manufacturing HMOs from an e.coli genetically engineered and is partnered with the European infant formula company FrieslandCampina.  David S. Newburg is on the Research Advisory Board of the Mother's Milk Bank NE and also on the BOD of HMBANA.  Newburg is a listed co-inventor to a number of patents regarding Human Milk Oligosaccharides.

Should we be concerned about genetically engineered Human Milk Oligosaccharides being added to new and "improved" infant formulas?  Should we be concerned about the connections between researchers, milk banks (both for-profit and HMBANA non-profits) and the infant formula industry?  Should we close our eyes and ears and bury our heads in the sand regarding the influence of the Larsson-Rosenquist Family Foundation by its funding of research in various universities around the globe?  The list of universities includes Yale University, University of Oxford, University of Zurich, Universityof Perth (Australia), University of Western Australia, and in Shanghi, China both Fundan and Tongji Universities.  Even PATH, a global health non-profit, was the recipient of fund of $1.2 million from this Foundation to increase access to human milk.
https://www.path.org/media-center/path-welcomes-us12-million-grant-from-the-family-larsson-rosenquist-foundation-to-increase-access-to-lifesaving-human-milk/

Human milk or human milk-like substances seems to be the priority not breastfeeding.  How many milk banks around the globe do we need?  Having more milk banks is financially advantageous to the milk banks themselves and breast pump companies.  Will more women using breast pumps increase breastfeeding?  How will this push effect the world environmentally?  Will more babies be bottlefed human milk rather than breastfed?  As an LC I have seen more women using breast pumps but having less breastfeeding success.  Will academic research that is paid for by a foundation with ties to Medela increase breastfeeding?  Will we accept infant formulas with imitation mutant human milk ingredients ( we already accept the HMOs in infant formula)  Or better yet will we accept "donor" milks designed by an industry that has products to sell?  Will we accept donor milks that have added ingredients because academic research funded by a Foundation tied to a pump company believes they can make a better human milk than a woman?  Research papers are now coming out questioning the protective properties of human milk in regard to allergies.  Researchers will design and improve upon human milk.  When academic research depends on creating products and/or creating new companies, it appears to create a distorted science. Instead of recognizing the value of exclusive breastfeeding in the first 6 months of a baby's life, it's hell bent on providing a product.  A social-political problem of lack of support of exclusive breastfeeding is answered with a product, a patent, and a profit.


"About Medela
Founded in 1961 by Olle Larsson and headquartered in the Canton of Zug, Switzerland, Medela is owned by the Larsson-Rosenquist Family Foundation and continues to grow under the leadership of the Larsson family."http://www.medelabreastfeedingus.com/media-center/238/medela-completes-acquisition-of-acacia-enteral-feeding-division

In an article dated 2/23/18 regarding The Larsson-Rosenquist Family Foundation' s gift of CHF (Swiss Franc) 10 million to the University of Zurich to create  new research fund for child and youth development with a focus on breastfeeding and a new professorship.   Anders Staatsmonster Maarkus Müller states, "If you also know that lender is connected to a company for breastfeeding accessories is, in my view, that is toxic for the reputation of a university."  and, "The public will never get rid of the impression that there are other interests at stake."
https://tech2.org/switzerland/why-the-economy-is-suddenly-interested-in-breastfeeding-news-zurich-city-of-zurich/

I always thought it interesting how some people quickly understood that patenting of human milk components has a real dark side.  And some people seemed to live in utter denial of the implications.  The connections between some milk banks, the infant formula industry and academic research is troubling.  We are living in troubling times.  Is it fear of the truth or some other reason that we do not question the direction our corporate world is taking us?
Copyright Valerie W. McClain

Posted by Valerie W. McClain at 8:51 AM No comments: