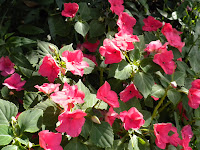 Why should we be concerned about the patenting and commodification of human milk components? It's a good thing, right? It shows that at least the scientific community as well as big business and government finally get that human milk is of value. Well, yes they get it. But no they don't get it. Current "popular" scientific inquiry is based on reductionism not holism. Thus, scientists are looking for "a" magic bullet to create health or fight disease. Most scientists are looking for a human milk component not looking at human milk as a whole or even more appropriately looking at breastfeeding. Their viewpoint narrowed by a perspective that does not represent the reality of our bodies and its relationship to the environment. Reality is multi-faceted. The immunology of the body is barely understood because so many factors are involved in creating a healthy immune system. Looking at an organism under a microscope tells us some things. But that organism is part of a bigger world than the view we see with the microscope.
Investors and the corporate world view human milk components as investment property. They aren't concerned or interested in breastfeeding, other than how it will impact their investment.
Patenting is ownership and it is monopolization. It is also involves a degree of secrecy so that the competition stays behind in the race for fortunes. Why do we believe that a corporation has the right to own something made by the body? If the corporation owns it, what does that mean legally? Can they like Monsanto in its patented seed monopoly, demand tribute for its use by individuals? That wouldn't happen, you say? Maybe not. But Monsanto is a prime example of patenting and monopolization using the legal system to defeat the small farmer in the US and farmers in developing countries (India, patented seed causing massive financial failure for the small farmer and because of it massive suicides). We think this will never happen. Maybe not but certainly when it comes to making money, ethics often gets overrun by the robber baron mentality. Secrecy, how many people realize that human milk components are being used as the "new" antibiotics or in vaccines or in test kits for disease? Do you know where the bacteria came from in your yogurt, infant formula, or supplements?
The transgenics of cows, goats, sheep, and mice is based on the biology of the mammary gland. We can make human proteins to fight disease in the mammary gland of another species. But let's not explain to people that the proteins in the human mammary gland fight disease--like hiv/aids or the popular H1N1 flu. Can't say that because scientists know that it is just "one" concentrated component that fights disease--and that component is man-made, genetically engineered. What is in our food and supplements is becoming a state secret. Knowledge is becoming difficult, if not impossible to obtain.
Breastfeeding advocates enthused about the patenting of human milk components, might want
to reflect on how this will encourage, protect, and promote breastfeeding. Patenting has gone on since the 80's and is increasing daily. Recently, the CDC website on H1N1 flu was encouraging breastfeeding mothers to separate from their babies if they got that particular flu.
How safe a recommendation is that? Scientists believe that human lactoferrin, a component in breastmilk is our new antibiotic and is also an antiviral. What about Nestle declaring ownership in human lactoferrin to be used against hiv/aids? Even the US Government in its patent on human lactoferrin declares that it inactivates hiv/aids. Yet women are told to stop breastfeeding and use infant formula. Yes, use that infant formula that has that genetically engineered human milk protein to inactivate hiv/aids. Essentially society believes in the yuck factor of breastfeeding. The belief is that something that yucky must carry disease. Something made in a "sterile" lab by men in whitecoats and genetically manipulated is good for us.
The mammary gland is about survival of the next generation. The gland is a manufacturing plant that fights all sorts of pathogens that the mother encounters in her environment. Those pathogens are bacteria, viruses, fungi, and parasites. We distrust this biological system at great risk to future generations. Ownership and monopolizing human milk components does not support breastfeeding. It supports the belief system that one magic bullet will save us from a disease and that breastfeeding is just a personal lifestyle, like having a Gucchi handbag.
Copyright 2009 Valerie W. McClain
Posted by Valerie W. McClain at 5:56 AM 2 comments:

The "catch-22" of probiotics/prebiotics in breastfed infants 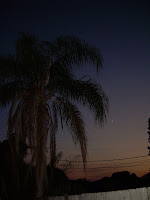 As breastfeeding mothers madly dash for the probiotic drops for their colicky infants, they might want to rethink this supplement, especially if they are trying to exclusively breastfeed. And as lactation consultants and the assortment of health care professionals start making this recommendation, they might want to review some very crucial issues.
A recent study in the 2009 Acta Paediatr (98:321-323) called "Cow's milk allergic children can present sensitization to probiotics," by FM Bruni et al. Colick in some breastfed infants is a result of having a cow's milk allergy (either to cow's milk proteins in mother's milk, or to not being exclusively breastfed). So giving probiotics to an infant already sensitized to cow's milk may create a worse situation.
How is probiotics created? Does the consumer understand where the bacteria comes from that creates the supplements and foods that is suppose to create a healthy gut? Lets take for example BioGaia's liquid drops probiotics. According to advertisements for their drops, L.Reuteri is cultured from human breast milk.
http://www.feelgoodnatural.com/product.27.php?Code=FER288100
A paper in Applied & Environmental Microbiology confirms that ATCC 5570 L.Reuteri is a strain isolated from human breast milk by the company Biogaia of Sweden. The paper is called "Genomic & Genetic Characterization of the Respnse of Probiotic Lactobacillus reuteri ATCC 55730" by Kristi Whitehead et al. This study shows the genetic manipulations being done on human milk bacteria. This same bacteria from Biogaia (ATCC 5570 LReuteri) was used for the study on colic and probiotics in Pediatrics and also is a patent (#5837238) see
http://pediatrics.aapublications.org/cgi/reprint/119/1/e124.pdf
So we are to believe that it is far better to give a breastfed infant L.Reuteri bacteria made from some other mother. The bacteria is cloned for use in the food and supplement industry. How is this bacteria the same bacteria that a breastfed infant receives naturally from its mother? Can't be even close to the same because it's survival in the petri dish is dependent on various chemicals. And how do we know whether the bacteria is genetically engineered or not, since in the USA no one has to label their genetically engineered products? Is the bacteria stable? The concern in one paper I read was that there are antibiotic resistant genes in LReuteri and they were working on a process to eliminate those genes. Should we say hurray, hurray??
Isn't their a high level of irony in telling a mother to use a product that at one time was another mother's human milk bacteria? We get the breastfeeding mother to buy a product, therefore she contributes to the growth of the economy. But some breastfeeding mothers contributed to the economy by giving their milk to some smart businessman. Who is now selling it back to them? Brilliant capitalistic game. Have to admire the audacity of our current businessmen who rob from Mary and they make her and others like her buy it back from them. All in the name of health and holism? These products are for support of gut health and based on research on human milk. How come we don't believe that a mother's exclusive breastfeeding supports gut health? We, consumers and health professionals, prefer to believe that something made in a laboratory by a corporation will promote gut health. Breastfeeding mothers are the blood, sweat, and tears of the corporation. Who profits when we have lost our faith in one of humanity's greatest natural resource?
Copyright 2009 Valerie W. McClain
Posted by Valerie W. McClain at 8:01 AM 6 comments: