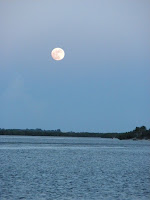 Awhile ago, a father whose son was autistic contacted me. He believes there is a relationship between his son's autism and the infant formula his son consumed. In particular, his concerns were about the DHA and ARA oils manufactured by Martek that are placed in almost all infant formulas on the market. He has written the FDA, various government agencies, and researchers looking for answers. And more importantly to register his belief that his son was injured by these additives that are used in over 90% of all formulas manufactured. When he first contacted me, I was set in my thinking that autism was related to vaccine damage. And I haven't changed that belief, yet his concerns, his questions made me start to question what I thought I knew. According to Wikipedia the steep rise in cases of autism began in the years 1996 thru 2007. What changed during those years besides vaccinations? What about infant formula? And particularly infant formula with the added Martek "novel"oils? When was Martek's oils introduced into infant formula? According to Martek's company history, the first preterm infant formula with these oils was on the market in 1994 and the first term infant formula in 1997.
http://www.martek.com/About/History.aspx
In 2001 Martek declared that the oils were GRAS and the FDA affirmed that position. The FDA GRAS system is no longer an approval system but rather an affirmation system. Still people assume the safety of the oils since the FDA had no questions regarding Martek's declaration. The safety of new ingredients in this system are learned after the fact (meaning the consumer is the guinea pig) and only by consumer complaint or a massive incident with injuries and deaths (Chinese infant formula contamination tragedy). With infant formula it is up to the parent or caregiver to make the complaint. The US FDA system is dependent upon a highly literate/articulate and computer savy parent/consumer. The industry does its own safety evaluation and that is like allowing a student who is taking a test to score his/her own paper. Some students will be honest. Similiarly some manufacturers will be honest in the GRAS process and some won't be.
There is a current belief in some research circles that "substances released in the gut give rise to autism." There has been a recognition that autistic children seems to have "metabolic abnormalities and gastrointestinal problems--gut pain and diarrhea."
The New Scientist, "Gut bacteria may contribute to autism" by Linda Geddes June 2010
The recognition that bacteria in feces of children with autism is different than children without autism has created a new diagnostic test for autism. The belief is that the gut bacteria is creating a toxin that interferes with brain development. In particular researchers are looking at the clostridium bacteria. A study done in 2002 in Clin Infect Dis 2002 by Finegold et al. called "Gastrointestinal microflora studies in late-onset autism states, "The number of clostridial spores found in stools of children with autism was greater than in stools of control children." In the 1980's research linked clostridium difficile with SIDS and with the possibility of an association to infant formula feeding. "Infants fed formula were nearly four times more likely to carry C. difficile than were those exclusively breast-fed (62 versus 16%). whereas breastfed infants also receiving formula or solids had an intermediate rate of colonization (35%)."
Pediatrics, "Clostridium difficile in Normal Infants and Sudden Infant Death Syndrome: An association with Infant Formula Feeding" by Cooperstock et al. vol 70 no1 July 1982, p.91-95
What we know, "Human milk populates the intestine's with Bifidobacteria and Lactobacilli, generating a very different gut flora than that seen after formula feeding." US Patent #6682744
There are many patents on harvesting bacteria from breastfed infants poop or the sugars of human milk to create prebiotics and probiotics.
What is Clostridium difficile? Its a bacteria that some people get after taking antibiotics, it causes a very severe diarrhea. Human milk has factors that are active against C. difficile (in vitro): secretory IgA, Carbohydrate, free secretory component, and unidentified factors.
Research shows us that the stools of the breastfed infant and the formula-fed infant are very different. More formula fed infants have the bacteria clostridium difficile in their stools. Researchers believe that this bacteria creates a toxin (possibly causing death from SIDS-research in the 80's). The bacteria is now implicated in autism. And we know that more infant formula infants have this bacteria in their feces than exclusively breastfed infants. Is there a relationship between this bacteria/toxin and autism? Is exclusive breastfeeding protective against autism? Are there toxins created by ingesting Martek's DHA/ARA oils in baby formulas, foods? What do novel ingredients,these oils, do to the gut of the newborn? Create a leaky gut? A gut susceptible to bacterial invasion? One would suspect that mammals who ingest the milks of other mammals rather than their own species have damage done to their intestines. The Pharm Woman patent owned by Baylor College of Medicine, states that the growth of the gut (activation of the DNA) occurs when mammals are feed their own species milk. Short gut syndrome is caused by the use of infant formula--which means digestion is impaired. We do unknown damage to newborn mammals--particularly the human mammal when artificial milks are used. Damage to the gut, damage to the brain from the intestines inability to colonize the good bacteria. A gut colonized by an overgrowth of the wrong bacteria creates sickness and death and perhaps even autism?
Copyright 2010 Valerie W. McClain
Posted by Valerie W. McClain at 6:26 AM 12 comments: