Who is surprised by Nestle's gift to WHO??? 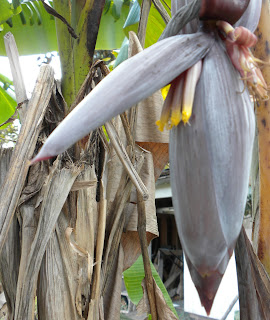 Like an owl screeching in the dark, I hear the who of WHO.  I am baffled and bemused by the headlines crossing the Virtual from one media blog to another to various breastfeeding organizations.  This is news??  Hm, where has everyone been the last few years and even longer than the last few years?  Other organizations and blogs have recognized that the WHO is getting funding from industry.  But we, breastfeeding advocates are always the last to find this out?  Oh yes, we now have it in black and white, Nestle is gifting the WHO with $150,000 to fight obesity.  How many Kit-Kat bars will that be???

My bafflement by this "news" reported by the breastfeeding community had me scrambling the internet.  Why is this news to everyone??  I really don't get it.  Just a quick scan of the internet and I found various articles discussing WHO and how it had sold out to various industries...some dated in 2009.  In the year 2000, I got the picture pretty fast that some wheeling and dealing had to be going on with WHO and industry.  No, it was not written in black and white but it was pretty damn obvious.  For those skeptics, there is a blog article
written by Jennifer Sass of the NRDC (Natural Resources Defense Council staff) dated in February 2011 and entitled, "ILSI and the World Health Organization hold closed-door meeting on chemical assessment."  She writes, "Why would the World Health Organization (WHO) be co-sponsoring a workshop this past week, in Paris with ILSI?  One that isn't open to the public?"  She explains that ILSI (International Life Sciences Institute) is a global trade organization mainly funded by industry.

There are other articles written over the years about WHO and the pharmaceutical industry.  So I suppose that we are to believe that everyone in the breastfeeding community believed that the WHO somehow was not involved with the infant formula industry in the same way it was involved with the chemical and pharmaceutical industries?  Hm, maybe breastfeeding advocates should take a very hard look at HIV/AIDS policy in the past decade?  Or maybe not, because it can make your heart sink to the floor.

The world right now is being guided and subverted by the needs and wants of that person we call in the US--The Corporation.  Private meeting between government/non-profit organizations and industry spells trouble with a capital "T."   Obviously, things have gotten so blatant that the WHO and Nestle feel that they can make their deals public.  But you know, this isn't news.  It's been brewing for a long time.  And, I would say that the very nature of it being public means that at the very least Nestle feels they are unstoppable.

The key question is how does an organization like the WHO sell out?  How did this evolve?  Is it that our world has become unwilling to allow individuals to ask questions about organizations?  Does funding matter in research and with our representatives in governments?  Why are critics silenced?

We, as a world, need more views, more discussions.  Yet, we are moving towards less discussions and silencing anyone who dares express an alternative view.  How organizations are funded and how our policy makers are funded is important.  Yet our world seems so corrupt that one feels helpless in the face of such unethical behaviors.  Feeling helpless only breeds an apathy that is self-destructive.

So write emails, help make these organizations become aware that their decisions impact you and your family and your country.  Yeah, I am tired of writing and emailing and yeah I am just tired.  But just one more email, eh??  Just one more letter.  Just one more blog post....
Copyright 2012 Valerie W. McClain

Chaos and the Butterfly 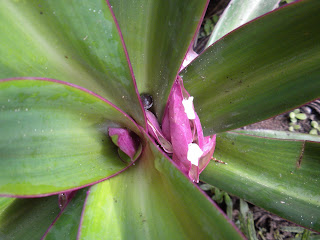 Many years ago when I was a child, a teacher read to my class, "For the want of a nail the shoe was lost..."  I didn't understand it but we had to memorize it.  So I could say it but I didn't know what it meant nor did I care.  After all, it was just school, where I memorized many things that made no sense to me and forgot most of it anyway.  Of course at my age now a lot of what I learned no longer is considered true or even relevant to this day and age.  Amazing to hear that children, at least in Florida, no longer have to learn cursive.  How many hours I spent writing my letters over and over again.  So much time in fact that I developed a callus on my finger from all that practice.  Now we have computers to do it all.

I was just talking to a college friend the other night and we were lamenting the changing of the world.  So much change we don't recognize this new reality as "our" reality.  No one talks to anyone anymore, we text.  I shouldn't say "we" because I don't text much.  I have been known to take two days to respond to a text message.  Same could be said about my email.  At first I was enthralled by our instantaneous communication devices, but gradually I have come to realize that we have lost more than we have gained by our new technology.  I miss my childhood memories of family gatherings, where stories were told, music played by family members, and dancing.   Instead family gatherings are few and most often filled with individuals peering intently at their cell phones.  Time, who has time?  Conversations seem weird, disjointed.  In fact often I feel like the only discussions are scripted by the Internet.  I have lost my satisfaction in talking and even eating.

Food tastes weird, don't you think?  It doesn't taste like it use to taste, doesn't even look like it use to look.  Am I that time traveler transported by age into a world I find so little appealing.  I am tired of the noise, the smells of our new age.  Maybe it's my age or just tiredness of this world created by corporate greed and hubris.

My friend and I talked about our babies, all grown-up.  And now grandchildren.  And how mothers don't breastfeed anymore, they pump their milk.  Isn't this another aspect of a massive disconnect of human nature?  We make our moms separate from their babies because economic survival is dependent on every adult being employed.  And our babies become part of this massive movement away from human contact towards the blue glow of megabytes and gigabytes.  Breastfeeding is becoming human milk feeding. Everyone writes and talks about them as if they are one and the same thing.  We shower our new mothers with numerous products so that she doesn't have to connect with her child.  We take away time she needs to get to know this new little being.  Time, a treasure that has been usurped by our technology.  Your computer time moves as fast as the speed of light in comparison to the your time spent at the beach.

Human milk has become this commodity to be given, bought, or sold.  It's property but not property of the mother or the child.  But property of some company.  We accept that ownership.  We accept this complete disconnect from mammalian behavior.  We think we can understand and teach breastfeeding with our technology.  Yet that doesn't seem to be happening, at least I don't see it.  We seem to have enticed many women to choose breastfeeding but our technology is not creating a breastfeeding society.

Variation in B minor of "For the want of a nail..."

Posted by Valerie W. McClain at 7:41 AM No comments: