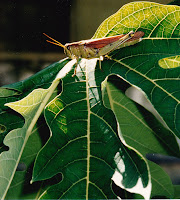 Part of the process of manufacturing microbial oils is to add sodium hydroxide or caustic potash to neutralize any free fatty acid.

"A base, such as KOH or NaOH is used to adjust the media prior to inoculation." [ KOH=caustic potash, NaOH=sodium hydroxide, lye]

Martek Bioscience has another patent called, "Solventless extraction process," patent # 7781193 filed in 2007. Once again they are still using sodium hydroxide in the manufacture of their microbial oils. Their solventless extraction method does leave some trace metals: lead, arsenic, iron, mercury..all less than 0.02, and less than 3 ppm of hexane. I wonder the amounts of metals left with the hexane extraction method that has been in use until they invented this solventless method?

Mercury must be in caustic soda (sodium hydroxide) and caustic potash because there are standard test methods for determining the amount of mercury present in these substances.
see http://www.astm.org/Standards/E538.htm

It is hard to fathom that a food, particularly a food/supplement given to infants, children, and pregnant women would be processed with something so hazardous. I guess a little lye wouldn't hurt us.
Copyright 2010 Valerie W. McClain
Posted by Valerie W. McClain at 6:20 PM 1 comment: 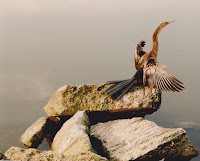 "Algae eat up mercury in Chinese lake," a title of an article in Geotimes of March 2008. "Nutrient enrichment from agricultural runoff and sewage into lake ecosystems can produce large seasonal increases in algae, called algae blooms..." Algae scavenge arsenic and mercury in the water. The algae are eaten by fish, and we eat the fish. Thus, we are eating our pollution and suffering the health consequences of metal contamination. Mercury is toxic and can cause brain and neurological injury. It is especially dangerous for pregnant women and young children. Mercury, besides occurring naturally, is the product of coal burning factories and electric power plants. It becomes airborne and then falls into our lakes, rivers, and oceans.
Martek Bioscience is using algae to produce the DHA in baby formulas. I find myself wondering about the availability of non-polluted waters for generating large quantities of DHASCO (the oil produced by the algae).
Fermentation tanks for algae must have water. Where does the water come from--tap water? Is the water tested for toxins everytime a new batch of algae is produced? Who monitors the situation, since algae is known to scavenge heavy metals? Two of Martek's production plants are located in areas near coal burning power plants (Winchester, Kentucky and Kingstree, South Carolina). Kingstree is in the Pee Dee region of South Carolina known to have particularly high contamination of mercury. So how does industry keep an eye on this situation, particularly since this substance is going into infant formulas for premature infants, babies, and as a supplement for pregnant women? How does the US government monitor the situation? Forty percent of mercury emissions in the US are caused by coal burning power plants. Eastern coals have a high chlorine content. This high level of chlorine makes mercury more water soluble.
"Grown in Martek's labs in 130-gallon vats of water surrounded by fluorescent bulbs [broken fluorescent bulbs leak mercury] and injected with a mix of nitrates, potassium, phosphates, carbon dioxide, and other elements."
and
"Of the 10,000 to 30,000 strains of algae believed to exist by 1988, Martek's scientists had worked with 50-100 purified strains, manipulating the cells' manufacture of fats, proteins, and other products to yield food colors, nutritional supplements, lubricants, and chemicals for use in medical diagnoses."
a company profile-history
http://www.referenceforbusiness.com/history2/8/Martek-Bioscience...
Note the words, "Manipulating the cells' manufacture..." does that mean genetic engineering? Martek Bioscience states they do not genetically engineer DHASCO. The rise of autism in children has coincided with the rise in vaccinations for infants, but also with the use of infant formulas containing these manipulated oils. Many parents believe that it was vaccinations that caused their child's autism. Yet no one questions the use of a manufactured food for infants as a cause of autism. Well, except a father called Mike, who wrote me over a year ago asking questions about these oils and giving me references/research regarding his concerns. He has written the FDA, the NIH, wanting answers to the cause of autism, driven by his own son's autism. I always believed it was the vaccines (having had children who had mild to severe reactions to vaccinations). So it was quite easy to believe that the mercury in vaccinations is causing the rise of autism. But Mike and his questions and his references to studies got me wondering about whether autism might be caused by our infant formula with its new space-age oils.
Do these oils cause oxidative stress in the body? Do they cause mitochondrial dysfunction which causes autism?
Mike sent these references which I would like to share with readers on studies regarding of DHA as a potential inducer of neuronal cell death.

Most babies in the US have had infant formula at one time or another (there is not much exclusive breastfeeding due to interventions in hospitals where babies are born or by lack of understanding of its importance by parents). Many parents use the powdered infant formula because it is less expensive than ready-to-feed or concentrate. So the water source when using powder is important. How free of heavy metal contamination is the water used by parents for mixing infant formula?
Recently an article linked jaundice in newborns to autism. Is it the jaundice? Or is it the use of infant formula to treat the jaundice? Breastfed babies are often taken off the breast and given infant formula to bring down the levels of jaundice. Many of those babies never go back to the breast (in part because their is an implication that the jaundice was caused by breastfeeding) Premature infants are also more likely to be autistic. Most premature infants get some form of infant formula. In fact infant formula with Martek oils was first given to premature infants.
I believe that autism could be caused by a variety of causes: a genetically predisposed infant, vaccinations, infant formula, a mother who was exposed to heavy metal contamination. All these factors could be linked to autism. I believe that we need to take a harder look at infant formula and these novel oils to determine whether our new food technology is creating autism. For too long the public has assumed the safety of infant formula.
Copyright 2010 Valerie W. McClain
Posted by Valerie W. McClain at 5:42 AM No comments: