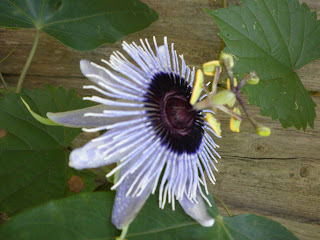 "Furthermore, E. Coli is the primary bacterium used in genetic engineering.  Many new genes and combinations of genes were created and amplified and propagated in E. Coli, because the original bacterium was harmless.  In the process, genetic engineers have turned an original harmless bacterium into deadly pathogens."   Dr. Mae-Wan Ho
http://www.i-sis.org.uk/Genetic_Engineering_E_coli_Outbreak.php

"Metabolic engineering is the practice of optimizing genetic and regulatory processes within cells to increase the cells' production of a certain substance."
Metabolic engineering uses genetic engineering techniques. Various research papers state the use of various pathogens to create human milk oligosaccharides:  Escherichia coli (e. coli), Pichia pastoris, Agrobacterium sp. Corneybacterium ammoniagenes, and Corneybacterium glutamicum.  Yeah, quite the mouthful, not sure I can pronounce any of these pathogens except e.coli.

An interesting paper from the Journal of Biotechnology published in 2008 called, "Genetic engineering of Escherichia coli for the economical production of sialylated  oligosaccharides," by Nicolas Fierfort and Eric Samain states,

"Free sialylated oligosaccharides are found at high concentrations in human milk and are know to have both anti-infective and immunostimulating properties."

But wait we have to redesign the system,

Yes, restructure that e.coli and hopefully trust that our scientists can create pathways that disable the pathogenic tendencies of e.coli.  This study was about generating this particular human milk oligosaccharide at low cost for the food industry.  Scared.  Ya ought to be.

We have a company in Denmark, called Glycom that is using their "bench chemistry" to create human milk oligosaccharides.  I wonder if bench chemistry is another word for genetic engineering?  I presume that some of their bench chemistry will be placed in infant formulas.  Why because their outstanding partner is the Nestle Group with some of their BOD directors from Nestle.  I was amused to see that their CEO and Director, John Theroux, served as head of the European management consultants, Bain and Company (this company has been making the news in the US).  Not that his service is amusing, just that well "its a small world after all."

Actually my real interest in all this is, of course, a patent entitled, "Human milk oligosaccharides to promote growth of beneficial gut bacteria," patent # 8197872.  The inventors are David A. Mills, Carlito B. Lebrilla, Riccardo LoCascio, Milady Ninonuevo, J.Bruce German, and Samara Freeman.  I believe most of the inventors are from UC Davis, land of biotechnology.  The patent is owned by the Regents of the University of California.

In February 2012 Dr. David Mills of the Foods for Health Institute (UC Davis) received a Gates Foundation Grant.  This grant "will improve the health of infants in developing countries by building the scientific knowledge of how intestinal microbiota affect infant health and by developing probiotics uniquely protective against infection of the gastrointestinal system."

Other researchers at the Foods for Health Institute are Dr. German and Lebrilla.  The Food for Health Institute at UC Davis has quite a few partners.  The California Dairy Research Foundation, Nestle, Prolacta, DSM-maker of DHA/ARA, Abbott, Innovation Center of US Dairy, Unilever, Dairy Management Inc., etc.

Ah, the business of improving infant formula...through genetic engineering?  Is that what their patent is all about?  Yes, this particular patent is about a synthetic prebiotic composition.  Biotechnologist often use the word synthetic when what they really mean is genetically engineered.    Yet, in reading this patent one finds some confusing language.  Claim 1 states:  "A synthetic prebiotic composition comprising a first, second and third purified oligosaccharide each of which naturally occur in human breast milk."  Huh?  The prebiotic is synthetic but the oligosaccharides are derived/purified from breastmilk?  Some of the claims are prebiotics from a bovine milk protein, a soy protein, whey, soybean oil or starch.  One of their claims is for use in infant formula.

The patent does state that Human Milk Oligosaccharides of their invention can be derived from purified pooled human milk.  They describe how this separation can be done through centrifugation, fat removal, addition of ethanol and so forth.  And then they go on to describe other ways to obtain the oligosaccharides.  Frankly, the way it is described one would not know whether you were getting the real component or not.  Although the real component is purified through such a chemical process one could not possible believe it was the real human milk oligosaccharide.

The patent does describe not only prebiotic but probiotic formulations and specifically mentions Gerber--which is now owned by Nestle, and Carnation Good Start.  They do mention that their pooled milk--human milk was provided by the Mother's Milk Bank of San Jose, California and the Mothers Milk Bank of Austin Texas.

So donor mothers, how does it feel to donate your milk in helping create a better infant formula? Yeah I know I am the only one appalled...obviously these mothers knew this was a possibility and they will be happy to know that some infant formula company is making a better infant formula.   Yeah, I know the improvement of infant formula is the moral imperative of all of us breastfeeding advocates.  Of course, I am a little uncomfortable with the profits these companies make but someone has to make the money.
Copyright 2012 Valerie W. McClain 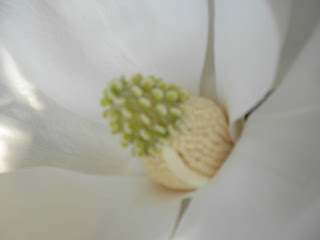 "With the broadening of patents to life forms, patents do not just regulate technology they regulate life.  They regulate economy.  They regulate basic needs."
Vandana Shiva, "The Role of Patents in the Rise of Globalization"
http://www.inmotionmagazine.com/global/vshiva4_int.html#Anchor-16557

Bacteria is a life form.  And the biotech industry is certainly making, using and offering for sale mutant variations of bacteria for use in probiotics.  Where do we see probiotics?  Industry has found some creative uses for its "novel" probiotics:  in foods such as yogurts; supplements; infant formula; pharmaceuticals.  They are genetically modified, unless the company specifies organic on the label.  When these mutant bacteria are used in baby formulas, it would seem that there should be more stringent regulations in place.  Babies are one of our more vulnerable populations.  Their immune systems are not fully developed and if they are being formula fed they are even more vulnerable than the breastfed infant.  Yet it doesn't seem that our industry that plays and mutates bacteria for our foods has such regulations.  People seem unaware of how our probiotics are created.  Fermentation is an age-old tradition.  But we are living in a new age where novelty is the priority.  Fermentation is enhanced by creating genetic variations of bacteria.  So you don't believe that is happening?  Well let's take a peak at some patents.

Mead Johnson has a patent called, "Probiotic infant products,"  patent #8137718 that was filed in September of 2008.  The "technical problem solved to provide infant formulas and children nutritional products containing novel probiotics."  They state, "In another embodiment, the infant formula or children's nutritional product contains B. longum strain AH1205 or a mutant or variant therof.  The mutant maybe a genetically modified mutant..."

Filed in 2008, do you want to guess if its in baby formula?  Skeptical?  I know hard to believe.  Well here is another patent from a company well-known in the food industry called Chr.Hansen A/S of Denmark.  It's from a patent filed in April of 1999 called, "Food-grade cloning vectors and their use in lactic acid bacteria," patent number 7358083

"Presently used methods of stably maintaining (stabilising) vectors in a host cell include insertion of relatively large DNA sequences such e.g. antibiotic or bacteriocin resistance genes into the cell. In the art, such genes are also referred to as selection markers. However, it is well-known that the insertion of large DNA sequences involves the risk that other sequences are deleted from the vector. Furthermore, the use of resistance genes for maintaining the plasmid in the host cell implies that antibiotics or bacteriocins must be present in the cultivation medium. This is undesirable in the manufacturing of food and feed products. In addition, it is undesirable that live bacteria comprising antibiotic resistance genes are present in food products as such genes may be transferable to the indigenous gastro-intestinal microflora. "

As they say in the Space Industry, "Houston, we got a problem."  Hm...antibiotic resistant genes in food products are undesirable.  Yes, yes but we now have Nestle to the rescue.  Nestle (Nestec S.A.) filed a patent in August of 2007 called, "Genetic remodeling in Bifidobacterium,"  patent #8071353.  They had noticed a recently discovered problem with a commercially available strain, Bifidobacterium animalis subsp. lactis strain NCC2818, CNCMI-3446.   The strain was generally recognized as safe.  It carried a tetracycline resistance gene tetW.  Oops.  So now we are going to remodel that problem and hopefully solve that problem.  Hopefully we won't be creating more problems.

Hopefully, when our genetic engineers play with bacteria and use it for food they disable any virulence of that bacteria.  They say they do but one might wonder since it took our scientists 20 years to find out that a strain that was recognized as generally safe carried a gene resistant to the antibiotic tetracycline.  And we wonder why our antibiotics don't work.  Blame it on the patients for always asking for antibiotics, or blame it on the massive cattle feed lots contaminating the environment  or perhaps we might consider that the food we are ingesting carries antibiotic resistant markers.  Hm...and we feel comfortable giving this to babies fed infant formula or babies that are breastfed.  You know sometimes when I wake up in the morning, I just wonder about the sanity of the world.  Lets play with bacteria, rearrange the genes, add antibiotic resistant genes, subtract antibiotic genes, and then feed it to babies.  Sometimes I wish I would wake up on Mars and join the LandRovers.  Then I could be a mutant LandRover and live happily everafter...
Copyright 2012 Valerie W. McClain

Posted by Valerie W. McClain at 8:47 AM No comments: