A Dance of the Sugar Plum Fairies 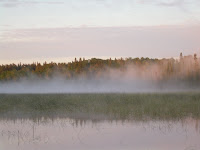 It's not Christmas. It's just bake day at the lab, creating food for the hungry people of the world. Petri dish and microbes sitting on the bench. See them dancing? Come on look in your microscope. Hear the music? It's the dance of the sugar plum fairies. Little cloned algae twirling and swirling, swooping through the carbon. See how they dance? Time for a glucose break, and more dancing.
Hey look over there, cloned fungi, filamenting (microbiology term for flamingo dancing) It's wild, it's crazy, it's micro-food technology, feeding the world's hungry. Tell little Johnny that his food doesn't come from the land or the sea, it comes from a petri dish. Men of science, can make life happen. They are the new chefs, directors of the Dance, the dance of the sugar plum fairy. And, we believe, we believe that the Nutcracker knows what he is doing. Yes, he is saving the world from hunger, because hunger is about not growing enough food for the people. Forget the politics of food. Farmers just cannot grow enough food, so we will make it for you in the lab. We offer you cleaned up microbes, the gene spliced option to food from the earth or sea. They can live on anything, they love petroleum. What's a little oil in your food, paraffin-smaraffin. Come on. Babies need our formula ingredients, just like breastmilk. Yeah even tastes like it. Same benefits. Get this in your head, we can't grow enough food for everyone and women can't or won't breastfeed. That is the first lesson. And my god we have learned our first lesson well. Farmers can't or won't grow enough food. (liberation from the land) Fishermen can't or won't catch enough seafood.
(liberation from the sea) Women can't or won't breastfeed (liberation from the body)
Hunger isn't about injustice, the haves and the have-nots. It's only about farming. (funny how an oil company that started the food from oil process, massively pollutes the land and oceans with little remorse and lots of PR--now ya gotta eat our petri dish paraffin microbial foods). And so the dance goes on and on and the people believe their Nutcracker.
"Sugar plum receipe from the Lab"
tap water
mortierella alpina
potato dextrose medium
stir and agitate
freeze and dry
extract with hexane
or:
artificial sea water
concentrated yeast
glucose syrup
C. cohnii
agitate and add
glucose syrup
freeze and dry
add hexane
Sorry guys, ya have to have a white coat and a lab to be a chef today.
Copyright 2010 Valerie W. McClain
Posted by Valerie W. McClain at 5:48 AM No comments:

Email ThisBlogThis!Share to TwitterShare to FacebookShare to Pinterest
Labels: dance of the sugar pum fairies 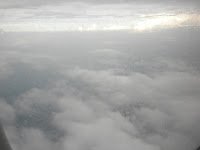 "BP and Martek Biosciences Enter a Joint Development Agreement to Deliver Advanced Biodiesels" BP Global Press Release August 11, 2009. This is about the development of sugars into a biodiesel fuel using microbial fermentation. Fascinating, particularly when you know the history of both companies. BP, the oil company, developed in the 1960's a "protein-from-oil process" (single cell protein)to create food.
http://en.wikipedia.org/wiki/Single_cell_protein
Yeast was fed by n-paraffins, a petroleum product. This product's intended use was in animal feed. By the 80's there was manufacturing plants in France, Japan, Italy, Russia, UK and USA. Microbes that were used in this manufacturing process were yeasts, bacteria, fungi, and algae. Spirulina, toprina, pruteen, torutein were some of the products. (Quorn is a food that is made by this technology--I have eaten it, tastes like chicken) There was some concerns about product safety. "High concentraion of nucleic acids, elevates serum uric acid levels and results in kidney stone formation, skin reactions to foreign protein, and gastrointestinal reactions.
http://ayushveda.com/blogs/education/single-cell-protein
The reasoning behind this new process was the "prediction" of future protein shortages, particularly in developing countries. Some of these manufacturing plants used hydrocarbons to feed their microbes and some used other substances such as bagasse, citrus wastes, sulphite waste liquor, molasses, animal manure, whey, starch, sewage. etc.
-Professor Cleanthis J. Israelidis, "Nutrition-single cell protein, twenty years later"
One of the more successful single cell protein manufacturing companies is Martek Bioscience. Their algae (DHASCO) and fungi (ARASCO) use the technology of single cell protein production. Their product is in infant formula, supplements, animal feed, and variety of human foods. The assumption by consumers is that the algae is harvested from the oceans (fishermen) and the fungi harvested by farm workers. The algae and fungi actually originate from cloned cultures in Martek's research lab. Although you, too, can buy the Crypthecodinium cohnii that Martek uses for its DHASCO at the ATCC (ATCC Number 40750 for a mere $205 per frozen ampule) ATCC states in their notice and disclaimer section, "ATCC products are intended for laboratory research purposes only, unless noted otherwise. They are not intended for use in humans." Of course this algae is intended for human use--baby use. And the ATCC references this algae to the Martek patents on use for infant formula, baby food, pharmaceutical and dietary supplements.
Over the years I have noticed that many oil industry executives are involved directly or indirectly with biotech industries (genetic engineering being the prime focus). The alliance of BP with Martek in creating a biofuel is fascinating in that you have a company that is making a food, also making a fuel. In regard to creating this biofuel, Martek readily admits to genetic engineering techniques. But in regard to creating its food for babies and adults, they only admit to the single cell protein process. Maybe, just maybe, this alliance with BP will create a sugar fuel that not only we can put into our cars but we can also drink. "Yep, I am just going down to the 24-hour jiffy store for a gas-up for me and my truck--just one spigot for both of "us." Man and machine, have you noticed how much everyone looks like their car/truck. We are one.....OM.........I look like my silver toyota tacoma--curvy, silver-grey, with battery charged, idling at the red light.......waiting for the green.....v....r...oom and she's off and running.
stay tuned for more exciting news about DHASCO and ARASCO, our fine single oiled proteins
copyright 2010 Valerie W. McClain
Posted by Valerie W. McClain at 5:59 AM No comments: