CDC does not recommend nasal flu vaccine for pregnant women 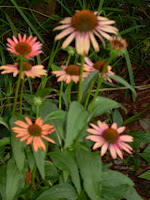 The CDC does not recommend that pregnant women get the nasal flu vaccine. They recommend the inactivated virus vaccine shot. see
http://www.cdc.gov/h1n1flu/vaccination/pregnant_qa.htm

One patent application (20090081255) on a flu virus vaccine at the US Patent & Trademark Office owned by Sanofi Pasteur (French pharmaceutical company) discusses the use of vectors such as plasmids (usually used in genetic engineering). It also mentions the use of artificial chromosomes. It would seem highly likely that any inactivated virus flu vaccine will be genetically engineered. Currently there are no studies on H1N1 flu vaccine and pregnancy but studies will be starting soon. Interesting way of doing medical research....put out the product then test to see if its safe. It used to be the other way around but in this busy world we don't have the time.

I just finished reading a document entitled, "Legal Immunity for Pharmaceutical Industry" in which they state, "So far, neither the WHO nor the CDC or any other scientific body has demonstrated required scientific proof for the existence of the alleged H1N1 Influenza A new virus." Sounding more and more like hiv/aids. The existence of hiv is debatable and the PR campaign was about a massive epidemic--which never materialized (in Africa all statistics are debatable--testing unavailable, number of cases estimates only).

PhRMA (pharmaceutical industry group) had a press release dated 4-28-09 entitled, "PhRMA Applauds Kathleen Sebelius Confirmation as HHS Secretary." An interesting comment written in this April 2009 press release, "It's equally important for Congress to act rapidly to put a full-time Commissioner in place to head the Food & Drug Administration (FDA). Consumers count on the FDA to help assure the safety of a myriad of products--including the life-saving anti-virals contained within the Strategic National Stockpile which could be deployed in the event of an influenza pandemic." Gee whizz, those pharmaceutical people are sure amazing. They had that premonition that we were headed for an influenza pandemic. I guess one might call that fortune-telling....
Copyright 2009 Valerie W. McClain
Posted by Valerie W. McClain at 5:56 AM No comments: 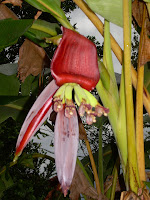 The H1N1 flu vaccine created by Medimmune is patented. Two patents by this company are described at the US Patent & Trademark Office. There is patent # 6843996 called "Recombinant PB2 variant influenza virus," and patent # 6974686 called, "Recombinant tryptophan mutants of influenza." Both patents use genetic engineering to create the vaccine.
http://patft.uspto.gov/ patent number search

What do we know about genetically engineered vaccines? I don't know much about it. Who does?? How stable is a live genetically engineered vaccine? Meaning will it mutate into something else, something more virulent than its design? Why is a supposedly democratic society limiting choices in health care? Is there an epidemic emmergency? Why should we believe that this is some different flu that requires massive immunization of our population? Rather odd that there is no longer any legal recourse for people damaged by immunization. I suppose that suggests that the US Government and the pharmaceutical industry believe that vaccines are absolutely safe for all people? Or does it mean that these people-government officials and industry refuse to take responsibility for their decisions?

People my age (50's) remember very clearly the swine flu disaster of 1976. Perhaps this is why the government has chosen not to call it the swine flu. Instead it is just a bunch of letters and numbers. But the people are still calling it swine flu--easier to remember. In conversations with a variety of people close to my age, who regularly go to their doctors, get vaccines, I am fascinated by their response to this particular vaccine. Most people seem to have a wait and see approach. They aren't particularly moved by the view that there is a massive epidemic. But then most people in my area are more concerned about the massive epidemic of unemployment. Survival in this cruel democratic nation without a job is far more scary than getting sick and dying. In fact, dying might be a relief.
Copyright 2009 Valerie W. McClain
Posted by Valerie W. McClain at 2:41 AM No comments: 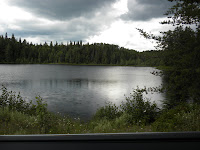 Many have forgotten the 1976 CDC campaign to get the public vaccinated against swine flu. Many who will be impacted by the current hysterics regarding the "novel" swine flu, have no idea that health care is marketed to manipulate people towards consumption of certain health care products. Some Americans will never forget the 1976 swine flu vaccine campaign because they or their relatives died or were maimed (Guillain-Barre Syndrome) by the 1976 vaccine. In 1979, 60 Minutes did an expose on the swine flu vaccine of 1976. I watched the 30-year-old video in which it is revealed that there was 300 death claims from the 1976 swine flu vaccine but only one death from the actual flu. Claims against the US Government amounted to 3 1/2 billion dollars.
http://www.examiner.com/ article by Fred Burks dated 7/10/09
Thirty years later we must be much more advanced in our medical technology. It couldn't happen again? Or could it? The reality is that the only thing that can't happen again is that victims of vaccine injury or death can file lawsuits. Happily for the pharmaceutical industry, new laws have been created so that consumers have no legal recourse for vaccine deaths and injuries.
Who are the targeted groups for this "novel" swine flu vaccine (H1N1 ---novel in a genetic engineering dictionary usually means genetically engineered--so is this flu an escapee, a man-made flu not a natural mutation of flu?)? The targeted groups for this vaccine are: pregnant women, persons who provide care for infants, heath care providers/EMTs, persons 6 months -24 years old, persons 25-64 who have serious medical conditions.
http://www.cdc.gov/mmwr/preview/mmwrhtml/rr58e0821a1.htm
The novel H1N1 vaccine was given an EUA (Emergency Use Authorization issued by the FDA to "allow either the use of an unapproved medical product or an unapproved use of an approved medical product during certain types of emergencies with specifed agents.").
http://www.cdc.gov/h1n1flu/eua/qa.htm
Our Secretary of Health,Kathleen Sebelius, declares an emergency and the FDA Commissioner, Margaret A. Hamburg may authorize an emergency after consultation with the NIH and CDC.
The first batch of vaccines for our novel flu is a MedImmune/AstraZeneca-parent company product. It is an intranasal live vaccine. Adverse reactions as declared by MedImmune are runny nose or nasal congestion, for children from 2-6 years old fever greater than 100 degrees F, and sore throat in adults. MedImmune states that the "safety of this vaccine has not been studied in pregnant women or nursing mothers." It is not approved for use in children under 24 months of age, nor approved for use in individuals 50-64 years old. MedImmune states it may not protect all individuals. They have a caution to nursing mothers and pregnant mothers--only use if clearly needed (not sure how that is decided). This vaccine has not been evaluated for carcinogenic, mutagenic potentials or its potential to impair fertility. see
http://www.fda.gov/downloads/BiologicsBloodVaccines/Vaccines/ApprovedProducts/UCM182406.pdf
After reading various articles on the internet regarding the need for vaccinating pregnant women with the H1N1 vaccine, I find myself deeply troubled. There is an obvious media campaign going on to get pregnant women vaccinated. Yet this particular vaccine being brought out first by the US Government has some troubling statements in its product insert of the vaccine. What consumer will read the product insert? Pregnant women are being targeted--yet this vaccine because of "OUR EMMERGENCY" was approved for use without the usual safety reviews. This particular vaccine states that children under 24 months of age should not get this vaccine, yet the CDC target population is from 6 months of age an up to 24 years old.
Pregnant women and their families should look at the CDC MMWR regarding the three pregnant women that got the H1N1 flu. In this May 12th report, one woman died from acute repiratory distress syndrome but her speciman could not be confirmed as the novel influenza A (H1N1) virus. One pregnant mother fully recovered, and one pregnant woman (not tested for this flu) remained asymptomatic after being given oseltamivir (tamiflu). Supposedly the CDC will add to these cases (April-May 2009). Although I haven't seen anything else at the CDC website other than these 3 cases. These 3 cases prove what?? I don't get it? Is this the leading edge of the epidemic--where cases cannot even be confirmed to be this novel H1N1 flu? Scientific? Yikes.
http://www.cdc.gov/mmwr/preview/mmwrhtml/mm5818a3.htm
What is behind the panic? And why does the CDC socially market pharmaceutical products? One can guess. One can wonder about the relationship between the current Commissioner of the FDA (who approved the rapid deployment of this vaccine without the normal chain of safety reviews) and her past directorship of the Henry Schein Inc. (medical and dental supply company). "Henry Schein can source practically all forms of vaccines.." (mentioned are MedImmune, Merck, SmithKline Beecham. Wyeth)
http://www.henryschein.com/medical-vaccines.aspx
In a SEC filing dated 5/22/09 by Margaret A. Hamburg she divested some of her stock in Henry Schein before being sworn in May 22, 2009 as Commissioner of the FDA. But it appears that she also kept some of that stock. The company is also the distributor of Tamiflu. Nasdaq shares of Henry Schein were down 1.8 percent at $51.51 in early trade in August 4, 2009. I am sure that with flu season upon us, shares are going up for Henry Schein. One of our past Commissioners of the FDA, Jane E. Henney is on the BOD of AstraZeneca and also Director of Cigna. It never ceases, the flow between industry and government. Obviously, these people have expertise but is that expertise helpful to Jane the Pregnant Lady down the block? Or is health care policy about the Nasdaq?
Copyright 2009 Valerie W. McClain
Posted by Valerie W. McClain at 4:22 AM No comments: